I remember back in 1986 sitting on a brand new K100RT over at Pro Honda in Dartmouth. WOW! Did I ever want that bike. Felt the same about the K75S that Jim eventually bought. Unfortunately for me, at that time there was no way I could swing either of these beauties. In 1993 I became the proud owner of a low mileage 86 K100RT, joined the BMWONS club, made a bunch of life long friends, and started touring and going to rallies. Between the K100RT, the K75 I purchased from Keith, and Wayne's K75 that he lent me to go to the National in Vermont I have lots of K Bike miles under my belt.

I really appreciate the restoration work that Bert and Bruce have done to their K Bikes as well as the other club members' well maintained K Bikes. The miles and the years have not diminished the allure of the K Bike. Comfortable, quiet, dependable, decent power, decent brakes, and stately. Yeah, that the word "stately". This is what the dictionary on my Mac says: adjective, having a dignified, unhurried, and grand manner; majestic in manner and appearance.

If you are looking for a good used sport tourer you can't go wrong with an older well maintained K Bike. Don't worry about high mileage, it ain't broke in yet:-) Pay fair market value, ride and maintain it for five years and sell it for as much or more than you paid for it. 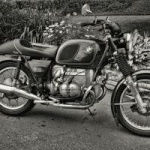 I can't agree more. My K75C was bought with 40,000 Km on it . I hven't done a thing to it except general maintenance and keeping it looking as berst I can.
Its a joy to ride A little high for me but I can forget this when I am on the highway.
I would certainly buy another.

where would be the best place in the area to have a 1986 k75c looked at, it is having some electrical difficulties, all easily found on kbike forums but I would like to have someone with some bmw experience to have a look at it.

chesterfieldrocker wrote:where would be the best place in the area to have a 1986 k75c looked at, it is having some electrical difficulties, all easily found on kbike forums but I would like to have someone with some bmw experience to have a look at it.

Ed Barkhouse at Pro Cycle in Dartmouth is experienced with K bikes.

I have to agree with everybody but very soon I will have my K100 on the market. (If anybody is interested, please contact me)
Why do I sell it?
The BMW K bike's barn is full and in order to get the latest baby, I will have to sell one.
The new baby has just been loaded on a trailer (1 hour ago) and began its journey from Jacksonville (Florida) to Houlton (Maine).
I will ride it to Nova scotia and may even have it on time to participate to the Cabbot trail ride.
After seeing the pictures, you will understand why I am trading my reliable K100 for another one. 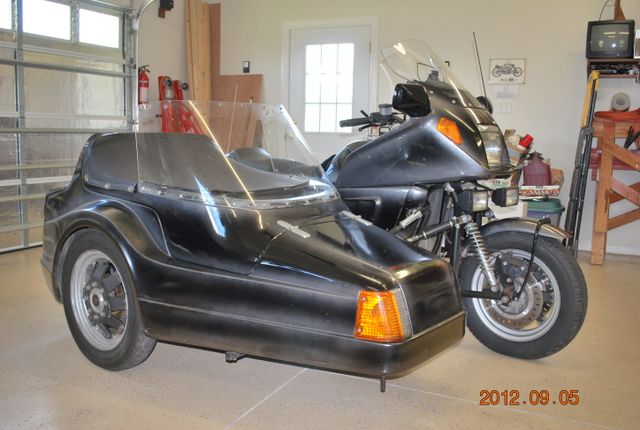 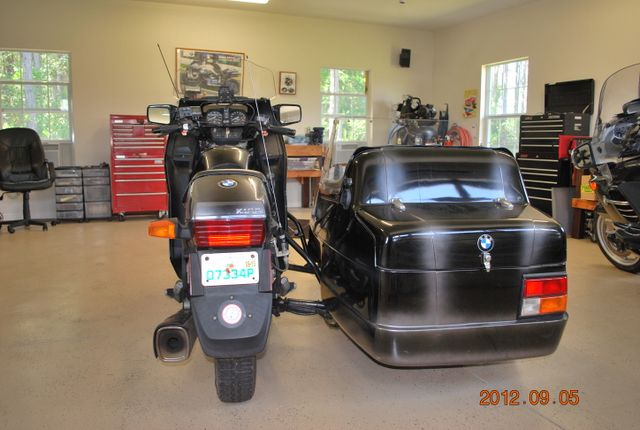 At least with this one the tires will be cheaper

chesterfieldrocker wrote:where would be the best place in the area to have a 1986 k75c looked at, it is having some electrical difficulties, all easily found on kbike forums but I would like to have someone with some bmw experience to have a look at it.

Send me a personal mail (PM) and I may be able to help you.
I designed an easy color diagram for the K100. It applies to the K75 too.
Click here to check the schematics

You can also register to my K100 forum. We have a lot of people owning K75 and you will get a lot of answers. (http://k100rt.aforumfree.com/) 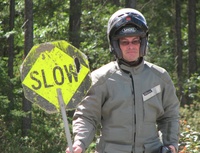 And speaking of K bikes for sale - there's one in New Brunswick that looks awfully familiar (although the price is quite high).

Yesterday, I saw a metallic grey K75c in the shop at RPM cycle.
The bike needs some work, but is in good looking shape.